No Beer? No Girlfriends? Oppression of Women? Polygamy?

No Beer? No Girlfriends? Oppression of Women? Polygamy?

Some of the common questions people ask are: Why can’t you drink alcohol? Why don’t you have girlfriends? Why do you oppress women by making them wear the veil? Why can you have more then one wife?  This is a great episode that you do don’t want to miss that will help you develop a clearer understanding on the fastest growing way of life in the world today.

Islam means submission to God alone. Islam is the belief that there is only One God, whose proper name is Allah, which means the God. Islam is the same message given to all the prophets, from Adam, Noah, Moses, Abraham, Jesus, and finally to the Prophet Muhammad, the last messenger (peace and blessings be upon them). They all brought the same message: worship only God, and stop worshipping human beings and their ideas.

Allah is the name of God in Arabic. Even Arab Christians use the word Allah.

If you believe there is only One God who should be worshipped, and no one/nothing else has that right but Him, and you believe Muhammad, peace be upon him, was a messenger who brought the same message as all the prophets before him, then you are basically a Muslim.

Note: Intimacy outside of marriage is prohibited in Islam.

“Shaykh Yasir graduated with a B.Sc. in Chemical Engineering from the University of Houston, after which he was accepted as a student at the Islamic University of Madinah. After completing a diploma in Arabic, he graduated with a B.A. from the College of Hadith and Islamic Sciences, and then completed a M.A. in Islamic Theology from the College of Dawah. He then returned to America, and completed a PhD in Religious Studies from Yale University.

He has authored several books, published academic articles, and appeared on numerous satellite and TV stations around the globe. Shaykh Yasir Qadhi is a resident Scholar of the Memphis Islamic Center. He is also a professor at Rhodes College, in the Department of Religious Studies.” 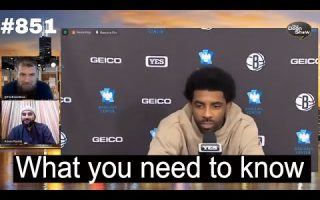