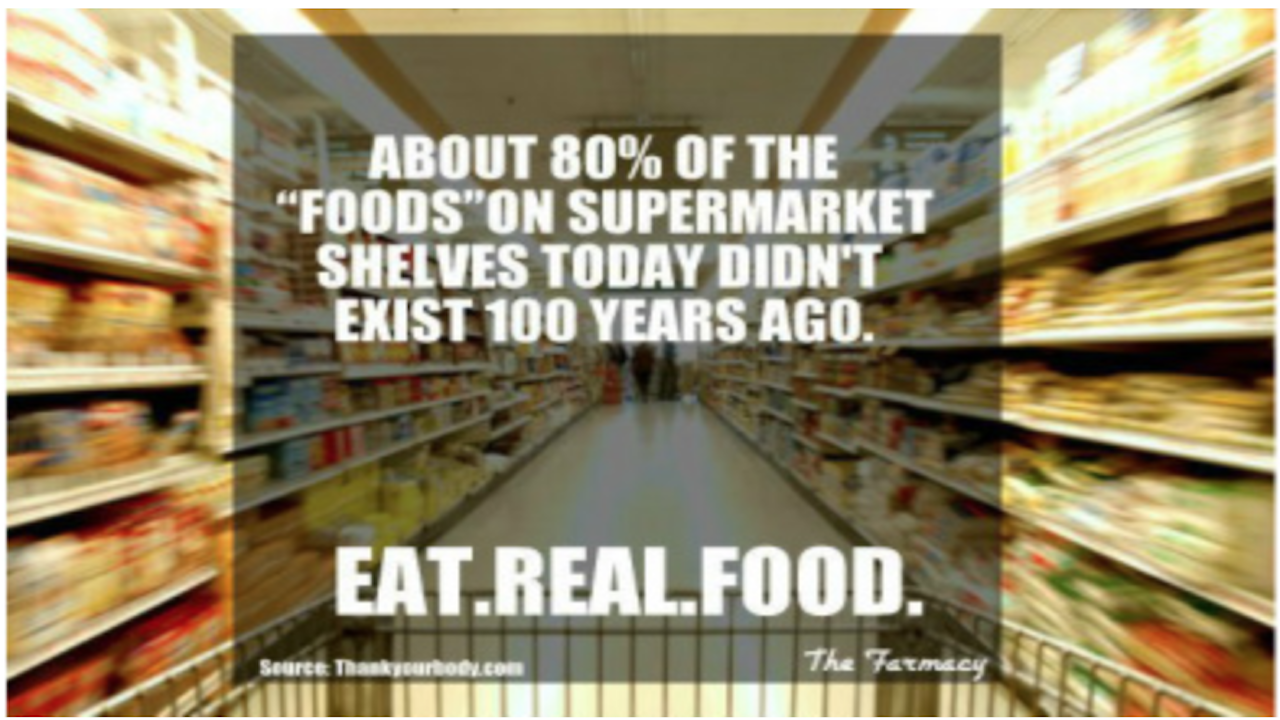 A long time ago food was REAL, not FAKE. But….How can you tell the difference? 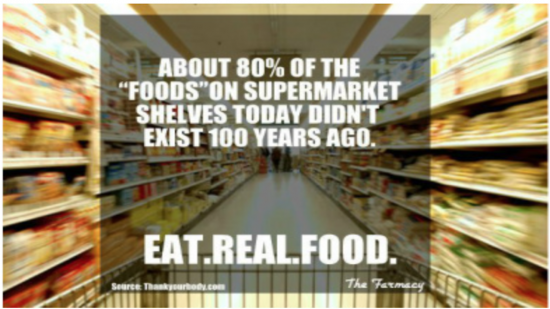 Well, real food is basically any food that is consumed and provides nutritional support and essential nutrients for your body: such as carbohydrates, fats, proteins, vitamins, or minerals (It’s usually of plant or animal origin), while fake food is made in factories with added chemicals and sugars, and is bad for you. It’s basically food that tastes good but is high in calories having little nutritional value. There’s a saying stating: If it came from a plant- eat it. If it was made in a plant- DON’T. It’s that simple. But even simple rules can be hard to follow. And there’s clear proof of that from the world we live in today.

About 80% of all foods on supermarket shelves didn’t exist 100 years ago, meaning, a long time ago, when the industrial revolution first started growing more quickly, everyone was excited to see what new foods could be made in factories. And at first, honestly, it wasn’t that bad… That is, until everyone started getting used to the new foods. We dropped the organic farm-made fruits and vegetables, we stopped making homemade healthy dishes and we started buying sugary snacks and fast foods. Why? Because it tasted better, it was faster, it saved us time, it was convenient, and it was everywhere. Every corner we look we see a place to eat food, we see fast food restaurants. At every place we scan we see a McDonald’s, a Pizza Hut and Dunkin Donuts. So this new food that we’re eating, it’s convenient and cheap and tastes really good. So doesn’t that make it good overall? Doesn’t that make it a positive part of the industrial revolution? Hahahaha… NO. Not at all. Processed foods made in factories have all sorts of chemicals to make them “better”. These chemicals make the food last longer and taste tastier. The kinds of chemicals put into fake foods are extremely unhealthy and detrimental to your health and are intended to get you addicted. Oils and sugars are also added to make the food taste better which also leads to addiction. The thing is that when people start, they can’t stop, and then it only gets worse from there, as seen worldwide.

Jewish Rabbi Shapiro on The Ideology behind Ben Shapiro – TheDeenShow #859

God Sent me Back – Scary Near Death Experience – TheDeenShow #855