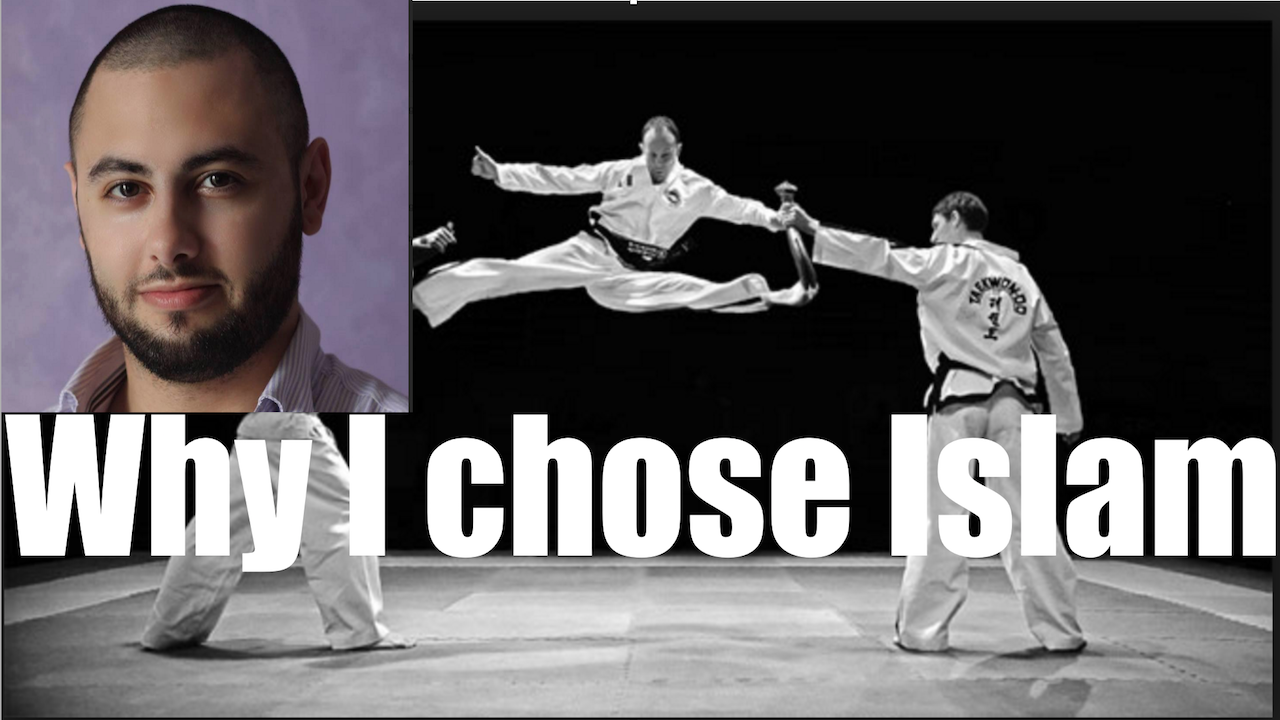 I was born in the United States, my family originated from Spain. My great grandparents migrated to Puerto Rico and then my grandparents migrated to New York. My mother gave me an English name on account of the prejudices she experienced growing up as a child in the U.S. She also insisted that I only learn English as a result so that I would not have to go through what she did. However, on account of my difference in appearance, I still experienced a great deal of prejudice growing up. I also never knew my biological father because he left shortly after I was born.
I was raised Catholic, but had no interest in religion. My grandmother was the most devout in our family (and still is in that regard). My mother was only interested in it culturally, but she has never been the practicing type. As I grew older my disinterest in Catholicism manifested into an irritation with religion in general. As a result I went through a teenage phase of “atheism” (if you can call it that) and just disavowed all forms of worship and God. Around the age of 17 I decided I would not pursue university as I was now interested in professional fighting. I became very good at professional TaeKwonDo and developed myself physically. At this point, my life took a turn for the worse. Around the age of 19 I suffered a major accident in a tournament fight, rupturing a disk in my neck. I was told by doctors not to fight again and Ive had pain ever since. At this point I involved myself in petty crimes etc. I became so depressed I tried to kill myself and was also eventually jailed. Shortly thereafter, I decided to turn my life around again and started to take up a religious life. I became Christian (non-denominational) and joined university. I didn’t have anything particular in mind to study so I just picked philosophy as my major on account of my idol — Bruce Lee — having studied the same field.

As I studied the subject, I became much more critical and open to the world. I started questioning a lot about my faith as a result. I found myself moving from denomination to denomination in search of the “true” Christianity, until I finally ended up in the Greek Orthodox Church. Although not fully content, I thought I had found “true” Christianity at last. I was attracted to their focus on history, their rejection of original sin, and other concepts I had problems with from other denominations. However, perhaps still the most difficult doctrine was the fact that Jesus was God. I understood the Trinity, but the concept still felt as though it was “forced” on to what the scriptures were actually saying.

Still, during this time I debated with atheists and began forming the foundation of the arguments that I use today. I found atheism fascinating and frustrating all at once, which determined me to understand the way atheists think, where they get their ideas, and the validity and soundness of those ideas.

As time went by, I became more skeptical of my Christianity. I then met a friend during the end of my undergraduate education. He told me he was Muslim and asked me to visit his masjid if I was interested in learning about Islam. We are now still very good friends, but at the time I was unaware of what sort of Islam he practiced.

When I took up his offer, I was introduced to to Shi’ism. I spoke with the imam at his masjid over a period of 4-5 months or so (as best as I can recall). I remember distinctly the man’s character — as well as the characters of all those in the masjid. They were highly intellectual and engaged in philosophy more deeply than the average person. They were also all very kind and seemed very devout in their faith. Anyways, as I spoke with this imam over the months, he would tell me about the two main groups within Islam (Sunni and Shia) and mostly other basic things which I found fascinating. I remember quite well that he even told me once, “I don’t care if you become Sunni or Shi’a, as long as you become Muslim”. At the time I didn’t think much of it, but now I admire his integrity.

Eventually, I became more interested in Islam. I then decided I wanted to read the Qur’an. I remember ordering my first Qur’an from CAIR when they were offering free literature. I filled out a simple online form from their website and then thought nothing of it after that. A few weeks later I received a rather heavy package in the mail. I remember my reaction to it to this day. When I opened it was absolutely amazed. Therein was a massive hard-bound copy of Muhammad Asad’s translation of the Qur’an “The Message of the Qur’an” (you know, that big black one). It had beautiful calligraphy, was wonderfully translated, and had some very comprehensive commentary. I remember when I started reading it. Not knowing Arabic, I obviously relied on the English translation, but was immediately struck by just how personal the Qur’an was — as though it was talking to me directly; it was drastically different than how the Bible was written. Although I admit that nothing really “moved me” at the time. However, when I reached Surah Al-Isra, that’s when I finally felt something. It was ayahs 23-24 which captivated me:

Your Lord has commanded that you should worship none but Him, and that you be kind to your parents. If either or both of them reach old age with you, say no word that shows impatience with them, and do not be harsh with them, but speak to them respectfully and lower your wing in humility towards them in kindness and say, ‘Lord, have mercy on them, just as they cared for me when I was little.’

It was at this point that I felt like crying, because I remembered how much my mother went through to take care of me — and how our culture we practiced and lived in made it the standard to be distant from one’s parents and to be disrespectful. It was the first time I realized that respecting one’s parents was essential. It had never dawned on me before. Even though I struggle to do so to this day, it was the Qur’an that made me realize it as a part of my moral duty.

After that event, I immediately went outside and tried to be grateful. The sky was clear, full of stars, and it was a cool night. I didn’t know exactly what I was being grateful to, because I didn’t really know Allah or how to be grateful to Him. All I knew was that Muslims would prostrate with their foreheads to the ground. So I picked the direction that felt most comfortable, and I prostrated my head on the grass in gratefulness.

I believe it was at this point that I became a Muslim, however I had yet to take my shahada officially. That would happen several months later, because honestly I was very afraid to make such a transition, especially in such a hostile environment like the U.S. where Muslims were despised. However, I wasn’t intellectually satisfied as of yet, either, It would take a few more months to find that Islam answered all my problems I had with Christianity. I would also learn something very shocking about my heritage which would act as an official ‘sign’ for me to revert.

As I was studying about Islam, I learned about Al-Andalus. It was rather shocking for me because I didn’t realize before this that Spain was once under Islamic rule. That said, it made me curious to see if my ancestry could be traced back to that time. So I began to look up my Spanish last name (Rosario) and found that it had connections to the word “Rosary”, which is the Catholic name for “tasbih”. I also found that my name could only be traced as far back as 500 years, which marked the point when the Reconqista had come to an end and the Muslims who remained in Spain were called “moriscos” — they had been forcibly converted to Catholicism and their names were changed to reflect that. In other words, it appeared that my Spanish name was only made 500 years ago to reflect the fact that my ancestors were forced to convert. In other words, my ancestors were Muslims.

Due to this final revelation, I eventually did take my shahada around Jul