Cheating and Deception
Description: Islam absolutely forbids cheating and deception whether Muslims or non-Muslims are involved.  The stern warnings of the Prophet of Mercy to those who cheat others.
Cheating and deception are despicable characteristics that are beneath a decent person.  Intentionally distorting the truth in order to mislead others contradicts the values of honesty, which requires an attitude of sincerity, straightforwardness, and fairness that leaves no room for cheating, lying, trickery, or deceit.  There are many texts from the Quran and the Sunnah conveying the meaning that cheating, whether the target be Muslims or non-Muslims, is forbidden.
Accepting the guidance of Islam leads a person to truthfulness, which means a person completely avoids cheating, cheating, and back-stabbing.  The Prophet of Islam said:
“Whoever bears arms against us is not one of us, and whoever cheats us is not one of us.” (Saheeh Muslim)
According to another report, the Prophet passed by a pile of food in the market.  He put his hand inside it and felt dampness, although the surface was dry.  He said:
“O owner of the food, what is this?’
The man said, ‘It was damaged by rain, O Messenger of God.’
He said, ‘Why did you not put the rain-damaged food on top so that people could see it!  Whoever cheats us is not one of us.” (Saheeh Muslim)
Muslim society is based on purity of feeling, love, sincerity towards every Muslim, and fulfillment of promises to every member of society.  Its members are endowed with piety, truthfulness, and faithfulness.  Cheating and deception are alien characters in contrast to the noble character of a true Muslim.  There is no room in it for swindlers, double crossers, tricksters, or traitors.
Islam views cheating and deception as heinous sins, a source of shame to the one guilty of committing them, both in this world and the next.  The Prophet, may the mercy and blessings of God be upon him, did not merely denounce them by excluding them from the Muslim community in this world, he also announced that on the Day of Judgment every traitor would be raised carrying the flag of his betrayal.  A caller will cry out from the vast arena of judgment, pointing to him, drawing attention to him:
“Every traitor will have a banner on the Day of Resurrection and it will be said: This is the betrayer of so-and-so.” (Saheeh Al-Bukhari)
The shame of traitors – men and women – will be immense.  Those who thought that their betrayal had been forgotten will find it right there, exposed for the whole world to see on banners raised high held by their own hands!
Their shame will increase even more when they meet with the Prophet of Mercy, the advocate of the sinners on that terrifying and horrible Day.  Their crime is of such enormity that it will deprive them of divine mercy and the Prophet’s intercession.  The Prophet of Islam said:
“God said: There are three whom I will oppose on the Day of Resurrection: a man who gave his word and then betrayed it; a man who sold a free man into slavery and kept the money; and a man who hired someone, benefited from his labor, then did not pay his wages.” (Saheeh Al-Bukhari)
One should steer clear of all the various forms of deceit and deception present in today’s society.  Cheating is common in examinations, business transactions, and even between spouses and loved ones.  Placing a label on domestically-made products to make it seem that it is imported is a kind of fraud.  Some people give wrong advice when their council is sought and thus deceive the person who believes he is getting good advice.  An employee should do the job for what he is paid for without any deception or cheating.  Rulers rig  the ballot to win elections and cheat the whole nation.  Cheating between spouses and having extra-marital affairs is widespread in modern society.  A Muslim should value himself too highly to be among those who cheat or deceive perchance one might fall in the category of hypocrites about whom the Prophet said:
“There are four characteristics, whoever has all of them is a true hypocrite, and whoever has one of them has one of the qualities of a hypocrite until he gives it up: when he is trusted, he betrays; when he speaks, he lies; when he makes a promise, he breaks it; and when he disputes, he resorts to slander.” (Saheeh Al-Bukhari, Saheeh Muslim)
Therefore, a Muslim who has true Islamic sensitivities avoids deceit, cheating, treachery, and lying no matter what benefits or profits such activities might bring him, because Islam considers those guilty of such deeds to be hypocrites. 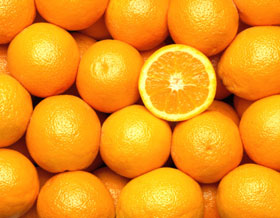